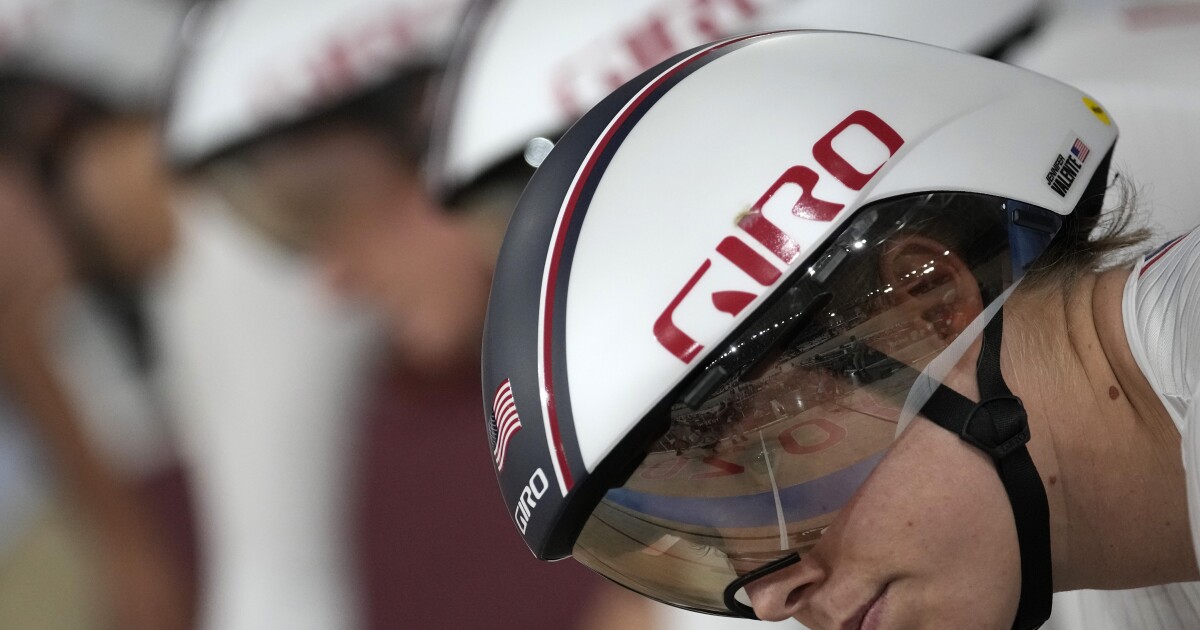 SAN DIEGO (CNS) – San Diego cyclist Jennifer Valente will compete in the Tokyo Olympics for the third and final time on Saturday night CA time, competing in the four-event omnium.

The omnium will be broadcast Live at 6 p.m. It will also be part of CNBC’s Olympics coverage which begins at 9:30 p.m.

In an omnium, the riders receive points according to their finishes. It starts with a scratch race where all the runners start together and run to be the first to cross the finish line.

The second event is a tempo race, which is part of a women’s Olympic omnium for the first time as part of the changes made in 2016 to the event, where the lead runner is awarded points for winning a lap. .

The next event is an elimination race, where the last rider is eliminated after every second lap. The final event is a points race, where riders run for 20 kilometers and receive points along the way.

Valente will face many of the same riders she faced in Madison on Friday, where she and her partner Megan Jastrab finished ninth.

“The race was very quick from the start, as we expected,” said Valente. “He remained aggressive throughout the 120 laps. Megan and I fought hard but we didn’t quite have the ability to be contenders today.”

In Madison, teams of two runners take turns to run in a 30-kilometer endurance relay. The runner at rest must touch the runner during the changeover. It was the first time that women took part in this event at the Olympic Games.

The race is named after the first Madison Square Garden where it was first held at the end of the 19th century in order to circumvent laws passed in New York designed to protect cyclists in six-day races from burnout. .

Valente won a bronze medal in the team pursuit on Tuesday. She was part of the American team that won a silver medal in this event at the Rio 2016 Games.

The 26-year-old grew up in San Diego mountain biking and BMX riding in his neighborhood with his brothers. Valente’s father Thomas rode a bicycle in the 1980s and she grew up listening to racing stories. She participated in many sports in her youth, including soccer, baseball and swimming.

Encouraged by her father’s love for the bicycle, at age 14, she took youth classes at the San Diego Velodrome and was drawn to the unique environment in which she could challenge herself.