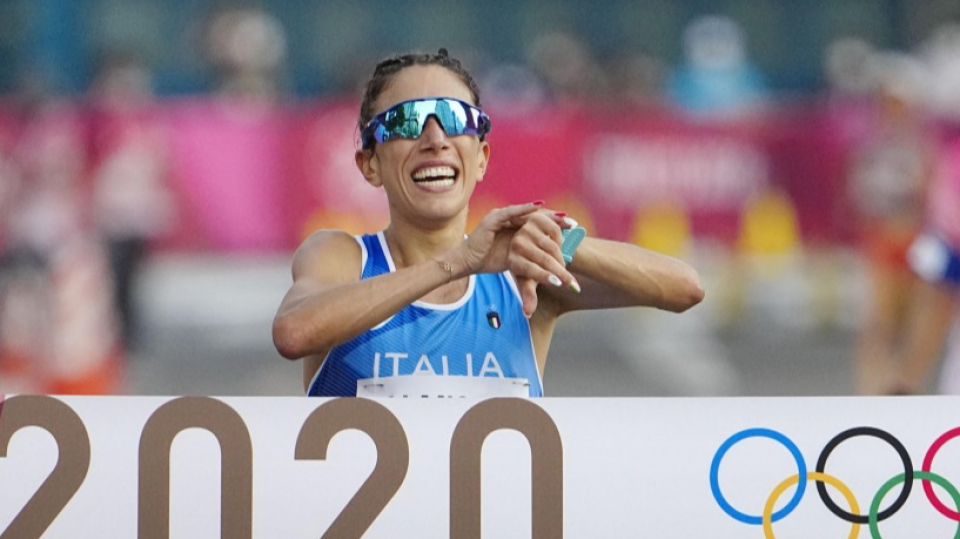 Antonella Palmisano won Italian gold in the 20 kilometer walk at the Tokyo Olympics on Friday, while Dawid Tomala won the title for Poland in a grueling 50 km men’s event staged in the heat and humidity in Sapporo.

Japan did not win any medals in either event, unable to add to their silver and bronze medals won in the men’s 20km the day before.

Much like fellow gold medalist Massimo Stano in the 20km event on Thursday, Palmisano appeared to have endless endurance as she soared around 10 miles, leaving the other walkers to battle for second place.

The 30-year-old crossed the finish line at Sapporo Odori Park in 1 hour, 29 minutes, 12 seconds, while Sandra Lorena Arenas of Colombia finished 25 seconds later in 1:29:37 to win the ‘silver and Liu Hong from China for bronze with 1:29:57.

Among the Japanese, Nanako Fujii obtained the best result with 13th place, followed by Kumiko Okada in 15th and Kaori Kawazoe in 40th.

In the men’s 50km run earlier in the day, Tomala broke away from a field of around 20 walkers at the 30km mark and never looked back, finishing in 3 hours, 50 minutes, 8 seconds . The silver went to the German Jonathan Hilbert and the bronze to the Canadian Evan Dunfee. 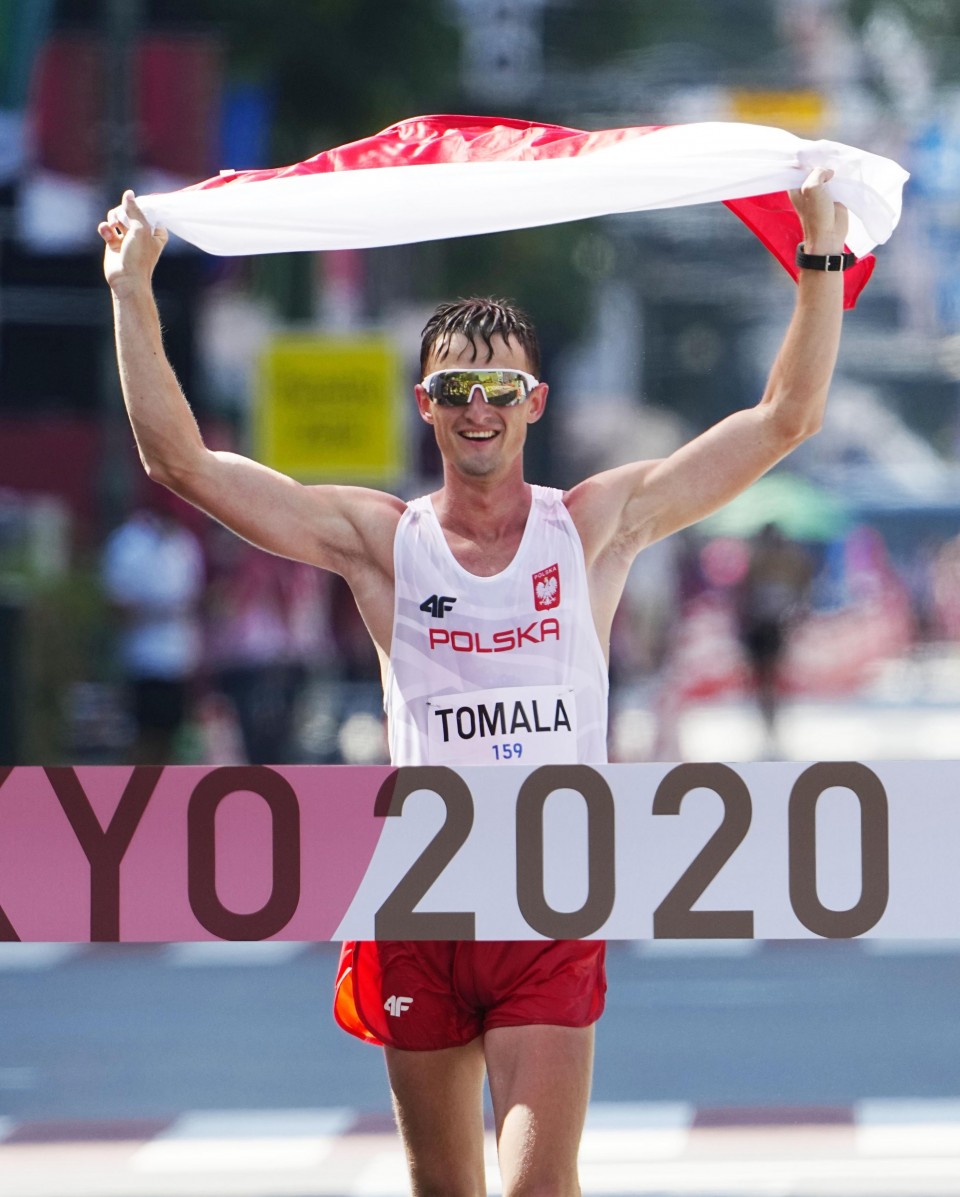 “It was an amazing day for me. I can’t believe it. I’ve worked for this my whole life since I was 15 when I first thought about what training I would like to be. gold medalist, ”said Tomala, who is ranked 37th in the world.

It was a nearly flawless race in grueling conditions for the 31-year-old, who waved the Polish flag as he crossed the finish line.

In sixth position, Masatora Kawano was the best Japanese in the race. The host nation was aiming for a second consecutive Olympic medal in the event after Hirooki Arai won bronze in Rio.

Hilbert finished 36 seconds behind Tomala in 3:50:44. Dunfee, who was involved in a mid-race incident with Arai at the Rio Games, made a late push to the finish with a season-best time of 3:50:59, winning the country’s first-ever Olympic medal. Canada in the 50 km race. walk. 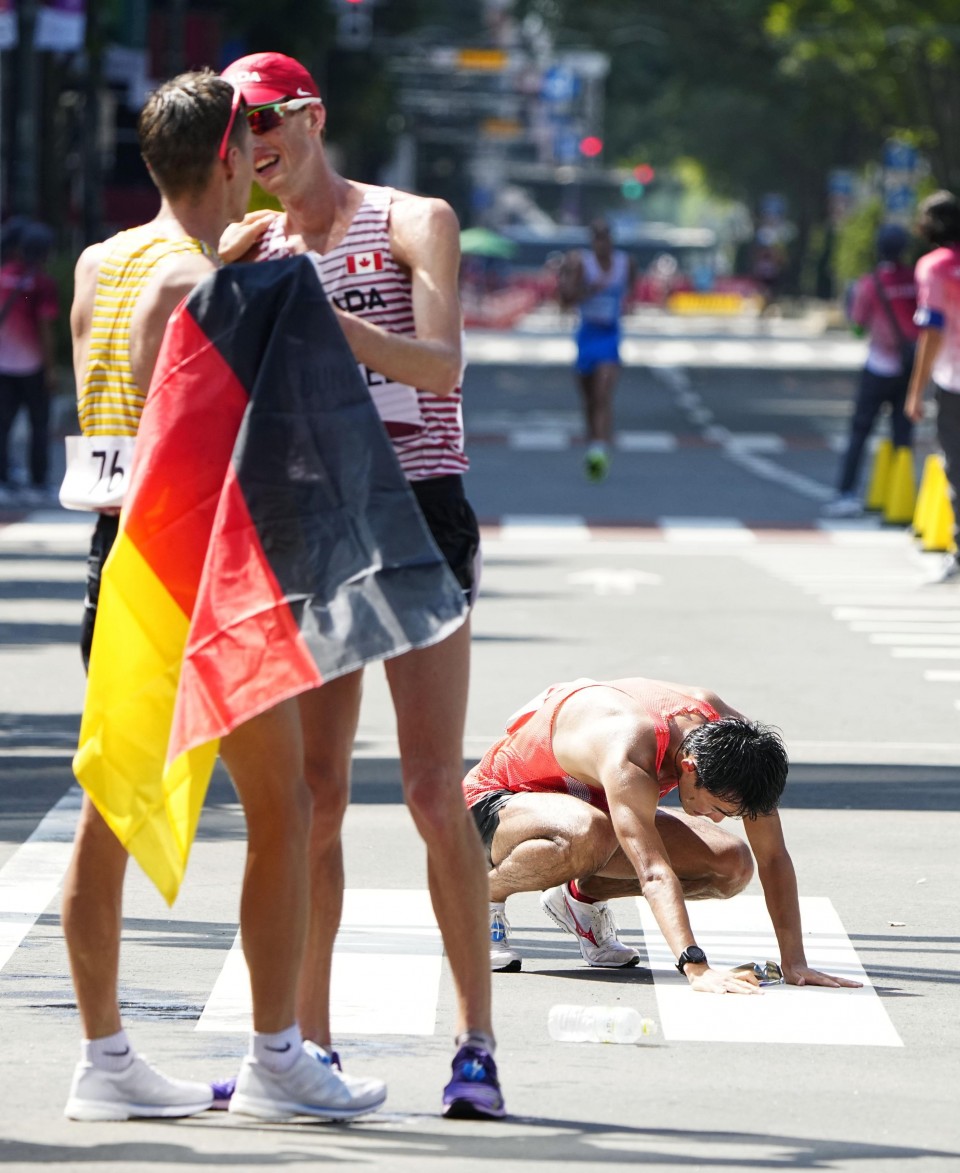 Kawano, who holds the Japanese national record for the event, regained his composure after squeezing his chest and collapsing from exhaustion at one point, but fell out of the medal race in the final stages. moments of grueling running as the summer heat took its toll.

Twelve of the 59 competitors did not finish, including two who were disqualified.

Maruo, the world No.3 ranked walker who took part in the event with the fastest time in the world this year according to World Athletics, expressed his disappointment at not having won a medal in what could be the last Olympic race. 50 km. walking event.

“As I was walking I thought this is the last time and Japan needs to win gold. I’m sad I couldn’t have done it,” he said.

The International Olympic Committee has abandoned the 50 km event in an attempt to improve gender equality as there is no female equivalent.